​There were hundreds of public bath houses in ancient Rome. Many of these were quite small, but a few were very large indeed. The baths built by one emperor named Diocletian covered over fourteen hectares and are said to have been able to hold three thousand bathers at one time. Both rich and poor people attended the public baths. They went not merely to bathe, but also to meet and chat with their friends, to play games or even to make business deals. The baths usually opened at about ten-thirty in the morning and stayed open until the late afternoon. Entry was cheap and children got in free. You could hire a masseur to give them a massage. In the course of a massage, a special blunt, hooked knife called a strigil was used to scrape dirt and sweat from one's body; which would then be rubbed with sweet-smelling perfumes. Very many Romans enjoyed attending the public baths. But not everybody liked them, as you will see from the account quoted below from Seneca, the famous Roman writer.
​'I live above a public bath house. It is dreadful. We have the muscle-men doing their physical exercises and grunting and groaning as they swing heavy weights around. I can also hear the slap-slap of the lazy ones taking a cheap massage. Then there is the fellow who loves to sing in the bath, as well as the ones who make great splashes as they jump noisily into the water. '

Romans also went to toilet in public which was a popular meeting place. (see below)
​3. The Forum

It was said that "all roads led to Rome". This phrase came to be used because, in Roman times, every milestone on every principal road in Italy indicated the distance to the Forum of Rome. The Forum was the very heart of the city. It was a large, flat area where people gathered to buy and sell things, to worship their gods and goddesses, to attend government meetings or simply to meet and gossip with their friends. In Roman times it was a bustling place, which was full of splendid buildings. It contained several important temples, such as that to Apollo. There stood also the Law Courts, where trials were held and the City Hall, from which the city was
​At the edge of the Forum was the Senate House. At the centre of the Forum stood a large covered market, at which food and all kinds of household goods could be bought. Through the centre of the Forum ran a road called The Sacred Way Important religious processions passed through here; as, occasionally, did Roman generals and their soldiers on triumphant returns from military campaigns. The Forum was often so crowded with people that there was hardly enough space to move about. But at least the area was free of carts and other such traffic. A law during the early days of the Empire made the Forum one of Europe's first pedestrianised city areas.
Activity 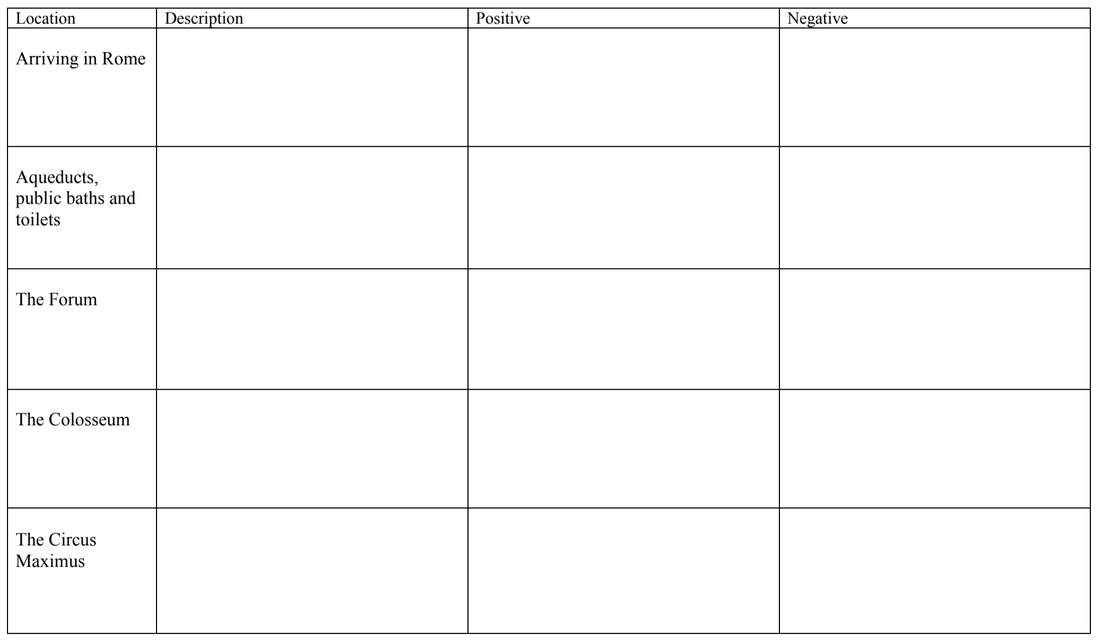